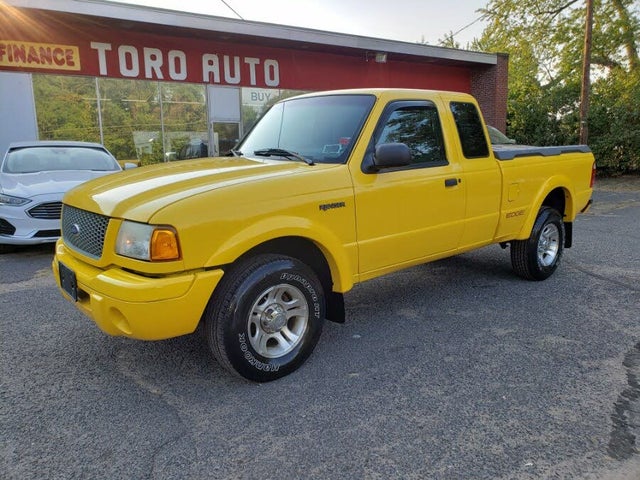 The 2001 Ford Ranger is the next iteration in continued improvement of the Ranger lineup. It is a midsize pickup that is in the same class as other trucks from different manufacturers. It comes with a V6 engine that produces enough horsepower to move the vehicle in all conditions. The 2001 Ford comes in three different trims: XL, XLT, and Edge. The V6 engine performs well in all terrains and the air conditioning system works great. The truck provides great value for money. However, the 2001 Ford Ranger has the following problem:

According to car complaints, the 2001 Ford Ranger Edge has rough shifting and sometimes does not even shift out of parking mode after starting. Some Ford owners say that the first and second gears even stop working altogether. Car research suggests a safety recall was made to deal with this problem.

The Ford Explorer XL’s 4-wheel drive module malfunctions and fails to engage at very low mileage. The front wheel bearing in the CV joint breaks down and poses a safety risk.

The Ford truck has a very weak parking brake casing according to car complaints. Many Ford owners say that the parking handle breaks easily during operation. The owners suggest that this issue warrants a recall.

The Ford engine has two timing chains. According to car research, the timing chain breaks down when the engine is shut off after a long drive. This problem causes the engine not to start after it is shut off. Repairs can be very expensive and take days.

After some time, the Ranger’s rear wheels begin to lock when the vehicle isreversing. When they lock up, they drag, hence wearing off their treads.

Off-road, driving causes damage to the ball joints, rounding out the idler arm. This damage happens at very low mileage and costs the Ford owner a lot of money to fix.

The Ford Ranger has a serious safety defect in its speed control wiring. The faulty wiring brings about a fault light for the brakes’ anti-lock system. Most owners say that the wiring harness was not readily available and they had to use the vehicle without the speed control feature.

The NHTSA report shows that most 2001 Ford Rangers have a major problem with their electric system. The vehicle’s rear safety lights only work when the steering wheel is at a certain position. At times the interior dashboard light fails to come on and the driver is unable to see the gauges.

The Ford Ranger LX fails to start even at very low mileage due to a faulty fuel pump. The fuel pump breaks down without warning. The pump cannot avail fuel to the engine; hence the vehicle does not start since compression doesn’t happen. The fuel pump has to be replaced for the vehicle to start again.

According to the vehicle history website, many customers say that the 2001 Ford Ranger consumes a lot of fuel per mile. The fuel economy of the vehicle is very high and hence it is expensive to operate.

The 2001 Ford Ranger has a poor oil pan seal that causes oil leaks which can drain the oil in just a few hours. The seal is substandard and causes the Ford owner a lot of money. Many complaints were sent to Ford but they never did a recall.

The seat belts fail on multiple occasions. After a few minutes of use, the seat belts loosen and fail to remain fastened. Most auto-dealers do not yet have the solution to this problem and customers are forced to drive the vehicle with loose seat belts. Other clients say that the seatbelts do not lock as expected.

In some cases, the bottom latch of rear door at the passenger side does not open. Most users with this issue are forced to use other doors to access the rear of the vehicle. The issue can only be fixed by a handful of mechanics because the working space is small.

The truck fan can stop running even at very low mileage and need replacement as soon as possible.

The water pump leaks and hence reduces the amount of water in the cooling system. The low water level leads to overheating of the vehicle since the radiator can’t function well with less water.

The 2001 Ford Ranger XLT extended cab truck has a frame that rusts at low mileage. It has little room for the passengers at the back and uncomfortable seats.

Despite the aforementioned problems, the 2001 Ford Ranger is a great truck that produces a high amount of torque. The car cruise well in different road conditions such as snow, pavement or off-road. I would highly recommend this vehicle to anybody who is looking for quality and durability. In order to prevent some of the problems above, install a genuine 2001 Ford Ranger Engine Control Module (ECM).

Yes, the 2001 Ford Ranger is a very good, reliable, and convenient vehicle. It is great for both on and off the road since it has good handling and produces enough torque.

The 2001 Ford Ranger price ranges from 684 to 2,888 US dollars. The price depends on how well the truck is maintained. In order to sell your car at a fair price, one must ensure that it is well-serviced.

How many miles will a 2001 Ford Ranger last?

Yes, truck reviews show that the 2001 Ford Ranger is reliable. Its transmission shifts fine and the engine does not smoke, among other pros.